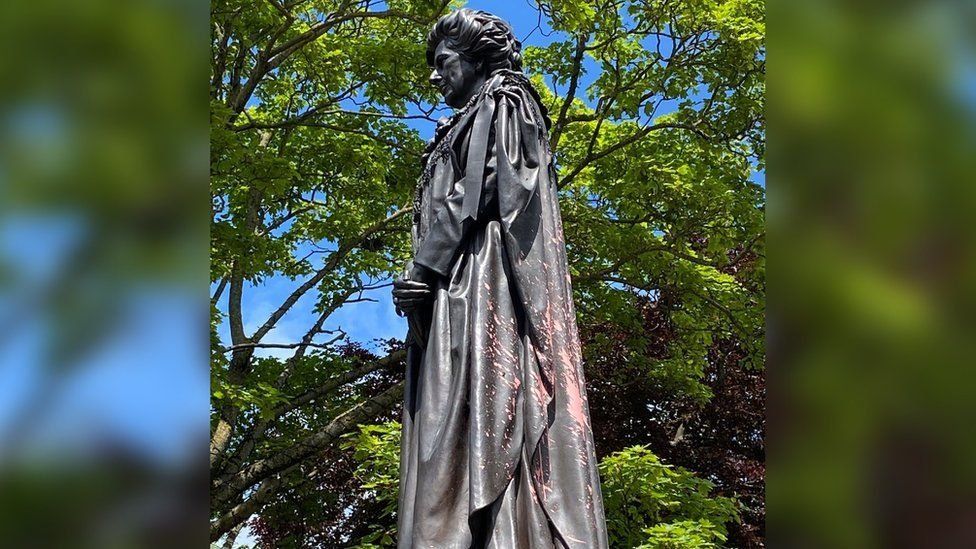 Stopped by to see the statue of Margaret Thatcher in Grantham, daubed with red paint as a protest about her political legacy . Also met two young Lithuanians who admire her part in setting free their country and the rest of eastern Europe from the Soviet Empire. Different eyes – different views! See review of her career in the section on Notable Prime Ministers and an account of her era in chapter 22 Setting a New Course at blissworks.uk