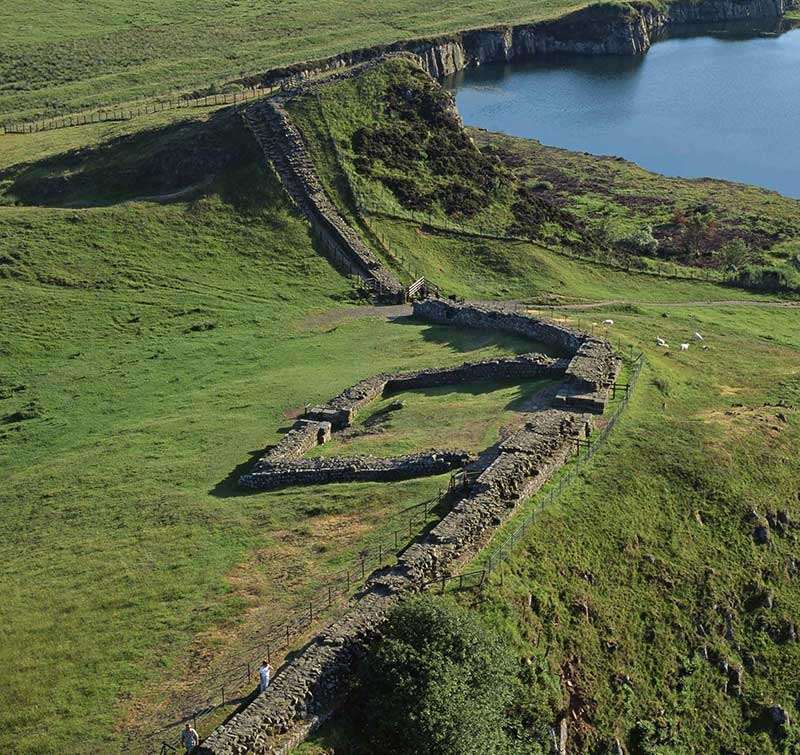 Annals Britannica, the complete British History website by Tom Bliss records that the Emperor Hadrian visited Britain 1900 years ago in the year 122 A D and decreed that the northern limit of the Roman Empire  should be delineated by a wall spanning Northern Britannica from the Tyne estuary to the Solway Firth. The Emperor Antoninus Pius attempted to extend the Empire further north in 140 A D with a new boundary wall built of timber and turf between the Firths of Forth and Clyde in modern-day Scotland. The Antonine Wall was abandoned less than 20 years after it was completed. Hadrian’s Wall continued to be the main defence against Caledonian incursions until the legions were recalled from Britannia in 410 A D. The wall is now cared for by English Heritage and is a World Heritage Site.