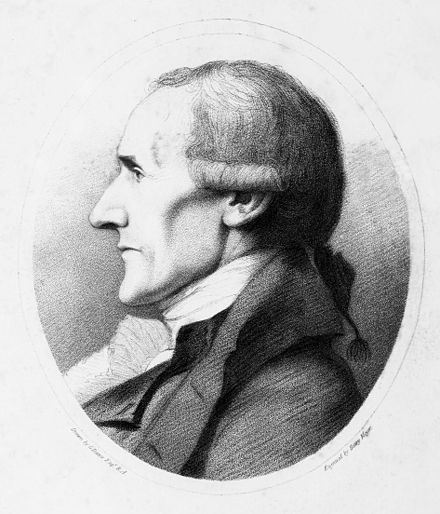 This is a series in Annals Britannica the online website  by Tom Bliss about people whose great contributions to the political, cultural, social or spiritual  life in Britain and the wider world are neglected in most accounts of British history.

Whilst his contemporary, the orator William Wilberforce is commemorated with an imposing statue in Westminster Abbey and other marks of appreciation all over the country, the vital anti-slavery work of Granville Sharp, especially his leadership of the Society for Effecting the Abolition of the Slave Trade, which he directed until its final success in 1806, is marked only by a small tablet in the abbey and his modest tomb in Fulham All Saints Churchyard.

The panegyric on the  tablet in the abbey’s Poets Corner conveys little of his part in creating the groundwork out of which grew the successful campaign to abolish the trans-Atlantic slave trade. Even at his funeral, his lifetime devoted to ending the trade and other forms of injustice received no eulogy – the officiating Anglican minister refused to honour the dead man because he had also supported the evangelical British and Foreign Bible Society, which was a Nonconformist organisation.

He should always be remembered as the man who first challenged the principle of slavery in the British courts. In 1772 he was instrumental in bringing the case of Somerset v Stewart before Lord Chief Justice Mansfield in the Court of Kings Bench. Smart and his legal team asked the court to declare that the confinement of  James Somersett was illegal. Somersett was a black slave from Virginia, who was recaptured after escaping from his master and was held on board a ship bound for Jamaica, where he was to be sold. Mansfield gave a judgement which released Somersett  ‘(Slavery) is so odious, that nothing can be suffered to support it, but positive law… I cannot say this case is allowed or approved by the law of England; and therefore the black must be discharged’.  The judgement, despite considerable equivocation, acknowledged that English law did not allow slavery, and only a new Act of Parliament could make it legal.

In 1775 Sharp resigned his post at the Ordnance Office in protest at the War with the American colonies and had to be supported by his brothers. For many years he was virtually on his own as he continued to write tracts and pamphlets extolling the evils of slavery until, in 1783, he published the proceedings of a court case concerning an act of mass killing aboard a slave ship called Zong. Having overshot his destination in Jamaica, the ship’s master was forced to turnabout  and make his way back to Jamaica. He ordered that 132 slaves be thrown overboard in order to conserve drinking water for the crew and remaining slaves. The ship’s owners subsequently won a claim for compensation from their insurers for loss of the slaves who were regarded as cargo. The insurers appealed, and Lord Chief Justice Mansfield ruled there should be a retrial because of new evidence which suggested that the captain and crew had been at fault, but no trial ever took place and no one was ever prosecuted for killing the Africans. However, the publicity arising from Sharp’s reporting of those proceedings aroused strong public feeling against the slave trade.

In May 1787 Granville Sharp was elected chairman of The Society for Effecting the Abolition of the African Slave Trade. He and his acolyte Thomas Clarkson, who put in years of effort collecting evidence about the inhumanity of the slave trade, were among three Anglicans enlisted by the London Society of Friends (Quakers)  to win support for the cause among the establishment and a wider circle of influential people in English society. The young MP, William Wilberforce soon joined them and, with his first speech about the trade to the House of Commons in 1789, he became the parliamentary abolitionist spokesman.

For twenty years the abolitionist cause, assiduously cultivated by the Society under Sharp’s continuous chairmanship, attracted ever-growing support and eventually achieved success with the passage of the Abolition of the Slave Trade Act in 1807.

Granville Sharp died in 1813 at the age of seventy-seven. He became disoriented on a London street while carrying a donation of books to a library and had to be helped home. He died a few weeks later. He should forever be remembered for his unremitting efforts to awaken his countrymen to the intolerable evils of the slave trade. He was the true father of a movement which extinguished the trans-Atlantic slave trade and eventually awakened the whole world to the evils of slavery in all its forms around the globe.